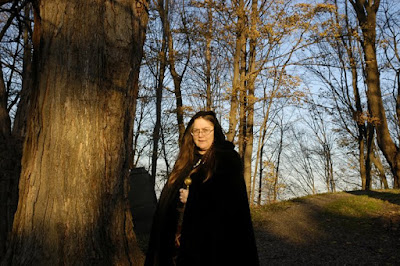 Here are the rules we have in our handbook. I hope they help.


No smoking tobacco products during an investigation.

No alcohol before, during or after an investigation if remaining on site.

Remember, you have more to fear from the living than from the dead. Haunted sites are often isolated and deserted. That makes these sites attractive to people engaged in illegal activities. Use caution and common sense.

Ask the spirits of the dead for permission to take their photos. They appear as orbs because this form has the most binding surface tension for the energy expended. If you see a sparkle when you shoot, you got something.

Have extra batteries for cameras, spirits draw power from them.

As your mother taught you, never speak ill of the dead. Avoid sarcasm and jokes in haunted settings. Sometimes, the spirits "get even."

If you become unreasonably frightened, leave. If you aretroubled by unwanted thoughts after leaving a haunted location, relax. Eat some comfort food. Watch a happy movie or TV show. Talk it out with a skeptical friend. Spend some time in a church. If the thoughts persist, see a professional.

Ghosts do not "possess" people without their consent. If someone or something seems to be taking control, tell it to stop. Think rude thoughts at it, and generally picture yourself as a bigger bully than the spirit is. This does work.

Generally, you cannot help a ghost. You can advise them to move on, but don't waste more than five or ten minutes discussing this. Most ghosts are tied to their earthly locations because they want to change something that happened in the past.

You can't change the past, and most ghosts aren't really interested in anything else.

Sounds like things are going pretty good for you. Did you get the pictures I sent from our hunt? Did you get anything? The night shot camera picked up a mist around us and shortly after that we both smelled beer. I guess they were having a party that night. 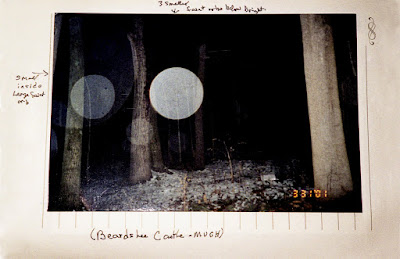 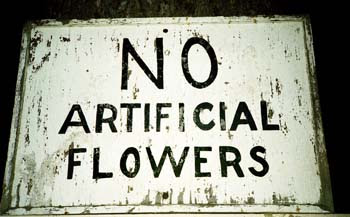 
The cemetery stretches along the center of the town, taking up the greater portion of Main St. Headstones outnumber houses here in Middleville (just as the death rate outnumbers the birthrate through the region.) The Valley is spotted with little townships like this one. A few homes. A fire station and a post office. A gas station and a convenience store if you’re lucky. Trains still run through the backtstreets twice a day but, even in the heyday of the railroads these places never had stations.

At the cemetry entrance, nailed to a old tree whose roots threaten to topple nearby headstones, a hand painted sign reads, “NO ARTIFICIAL FLOWERS.” I snap a shot. It occurs to me later, when I print the image, that a photograph is a kind of artificial blossom, a synthetic memory token, fading eventually in the sunlight.

Denise and Peggy hurry into the cemetery. I watch their plump forms disappear into the darkness. They become floating heads. Cameras flash on headstone inscriptions. Names and lifespans from centuries, decades, and even months ago flare up and fade into the darkness. A few small, pristine flags are revealed –servicemen? National Guard boys or girls trying to get out of the valley, ending up dead in Iraq? I can't tell. In the distance I hear Denise speaking softly, trying to draw the spirits to her. We wait. All is quiet. If the spirits speak, it's on tape. If they manifest, it's on film. Our senses mean nothing. 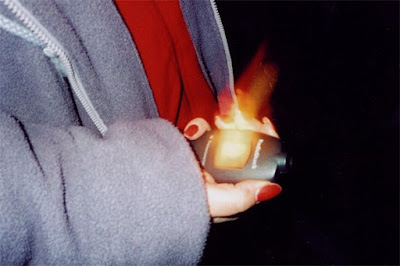 On the ride home, Denise and Peggy bitch about their health, about work and welfare checks. They gossip about adulteries and trade tales of local hauntings. They will put tonight’s investigation in notebooks full images, incidents, and folklore. I’ll do the same, just as I have since I started photographing this place. Dark trees and houses decorated for Halloween sail by the car window.

It’s not as strange as it seems, stomping around the boneyard with these two women. We are continuing an upstate NY tradition. In the 1700’s Shakers arrived here and became possessed by Indian Spirits during their Sabbath meetings. In 1848, in nearby Rochester the Fox sisters initiated the spiritualist movement by cracking their toes to mimic ghostly tappings. The long conversation with the dead has continued ever since. Denise thinks the presence of the Remington rifle factory guarantees the valley is full of restless spirits. I think of all the canal routes and hollows of the valley, a natural version of Sarah Winchester’s house, a labyrinth that traps and confuses the angry dead.

Everyone’s haunted by something around here and the ghost stories tell as much about the living as they do about the dead. 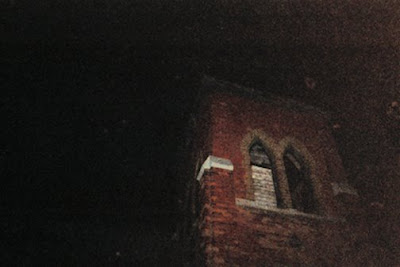 “You can still hear her walking in the old jail house. She was the last woman hanged in the state.” “Why?” “Her husband beat her, so she killed him, chopped him and fed him to the pigs.” “No shit. I know some girls who should start raising pigs.”


“She had a restraining order but she came home from the late shift and found him waiting in her house. She ran out but he caught and killed her right there in the road. After that, they say you’d see her at night, running toward the passing cars. It was a dirt road back then. No one saw her after they paved it.” 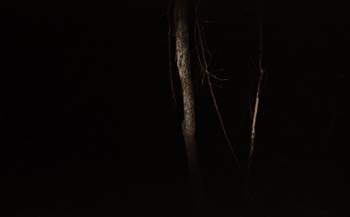 “All four of them were huffing glue. He said so, the one who survived. They were on the way back from a show in Syracuse and something came out of the woods, right in front of the car. The driver, his head was cut off. His body stuck in the wind shield. Ozzy still grinning on his t-shirt.” 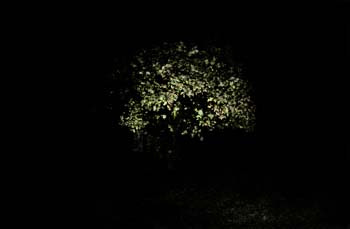 “He went to work down at Remington’s, making rifles all week and doing the National Guard for the extra cash on the weekend. He liked it. He called it playing soldier. He never expected to leave the valley, let alone go over there. He’d been gone about a month when I saw him under that old tree. Just like grandpa. Grandma Bee knew he’d died in the hospital ‘cause she’d seen him under that tree.”
Posted by donal Mosher at 5:32 PM