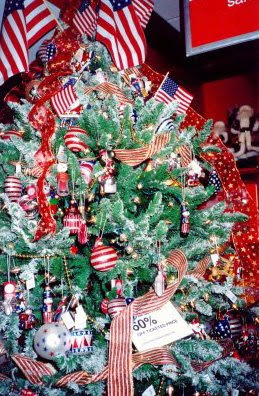 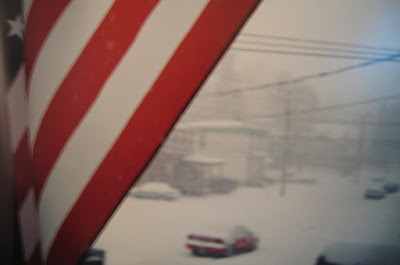 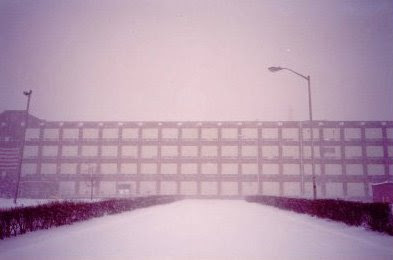 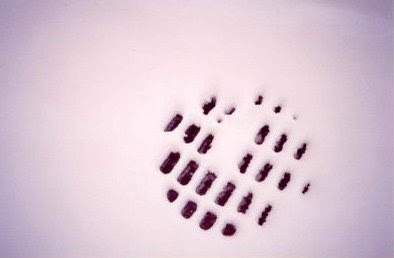 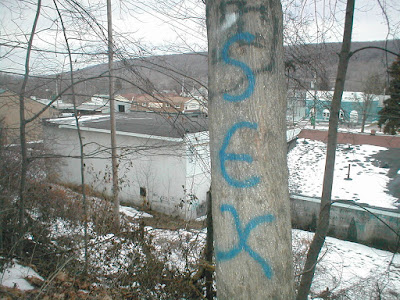 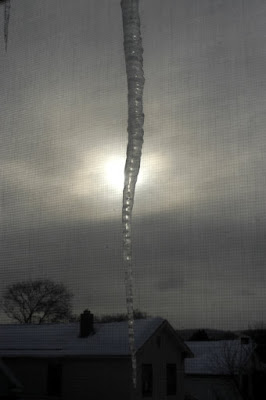 RUBY ON HER DEATH BED 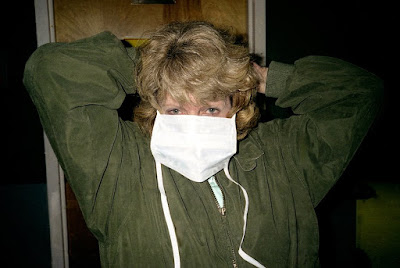 On the wall of the hospital room there is a wooden clock decorated with blossoms made of flat-headed nails. Each hard, round petal is coated with pink or yellow nail polish that gleams in the cool clinical light. From the bed, her death bed, my grandmother Ruby says, ”Nice, isn’t it.” The clock is one of the few personal items in the room though she has been in hospital for over 5 months. She speaks softly, with many pauses. Gone is the hard, nasal tone of the woman who wore lipstick as red as her namesake stone and met her first husband while serving drinks in seedy, dockside bar in Manhattan. The distinctive sound of her is drying up, evaporated by the loss of a lung and the quiet atmosphere of the elderly ward.

Our own voices are muffled by the surgical masks we must wear during the visit. Years of smoking and close proximity to house cleaning chemicals have not only taken one of Ruby’s lungs, but left the other fragile and possibly cancerous. Any bacteria could be dangerous. My face itches beneath the mask. The air within the white folds is warm and moist, soured by fast food grease and coffee. When the nurse is not in the room however, I pull the mask down, giving my grandmother the first, full glimpse of my face. She smiles and nods. Under her white sheet, her left leg quivers repeatedly. Ed, her current husband, reaches to sooth the fluttering limb. He says she gets the shakes, but she mumbles defiantly, “I’m shaking it.” I had forgotten she was half- paralyzed by a stroke. Five months ago the left side of her body abandoned her and if she is indeed moving her leg it is an ambiguous a triumph – a reminder of both the strength of her character and how much of that strength she has lost.

Now I watch her, passive and pliant, suffering the rough efficiency of the nurses. She retreats, leaving her flesh to the well-practiced hands that chaff her, sit her up and strap on an oxygen mask. For the next twenty minutes I watch her frustration and discomfort grow; her eyes acknowledging her weakness while her mouth, softly sucking the air, fades from view behind a clouding, plastic shell. I realize that her death will likely be a continuation of this condition – a dull, extended drowning in discomfort. My father, adept at mischievous rescue, pulls the cotton swath far enough away from his lips to stick out his tongue. With her good arm, Ruby puts her thumb to her and wiggles her fingers. When the treatment is over, my mother combs her hair, performing a role reversal so seamless that you could easily miss the fleeting embarrassment on both women’s faces. That night I dream that it is snowing inside my grandmother’s oxygen mask, flurries eddying, swirling as she breathes. 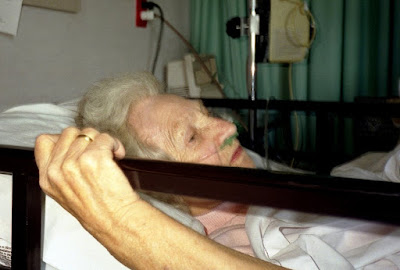 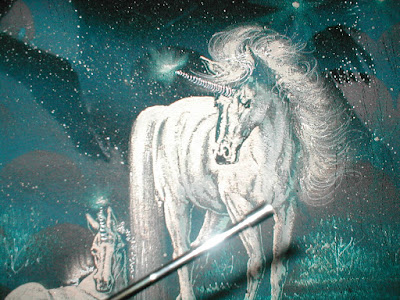 I am spending the evening with my aunt Denise, the witch watching the Osbournes on TV tucked into a press-board shelf encrusted with crystals, unicorn figurines, swordsmen and sorcerers. Wizard’s abound here. Anywhere you look in the tiny room, some gaunt, bearded keeper of arcane secrets peers down at you from beneath bushy brows. Above the couch, elven queens stretch long, samite clothed limbs. The lengthiest super models, viewing these twiggy princesses, might suddenly feel their own bodies dumpling-like in comparison, and head off to the nearest national park to live on a diet of dew drops, and practice cat walking along the treetops. Its happy hour among the elves, they all bear cocktails in silver chalices. Stiff ones too, by the looks of the steam rising in the shape of dragons, screeching spirits and of course Unicorns. Another wall is devoted entirely to those pure and virginal beasts. It’s hoof and horn floor to ceiling. Against black velvet they stand, with flanks of clotted white paint, thick as snow banks. Lint clings like stars in the night sky to the soft, unpainted cloth of their eyes. If they were to stampede the blows of their sparkling hooves would surely fall and feel like snowflakes on skin. Herds of them roam the house. Virgins beware the bathroom! They stare questioningly at the lap of any who sit on the toilette. The kitchen is full of them, grazing at the houseplants, trotting along the back of the stove, quenching their thirst at the sink,.

But this housing project apartment is not only a sanctuary for mythical beasts, it is a headquarters for investigations into the paranormal. Denise sits me at the kitchen table, pulling notebooks from a pile that blocks the window. Inside are pictures of blurs, orbs, streaks of light crossing the frame. On their plastic coverings she has circled every and any speck that could indicate spectral presences. “Orbs or spirit manifestations on film,” she informs me, “are perfectly round unlike water drops or snow flakes.” I have the feeling of being in a horror film scenes where the unbelieving protagonist consults the reclusive, but enthusiastic expert on matters occult. Denise, I think, has the same feeling, her soft voice explaining “You can’t see them with your eye, but you can feel them, try putting the camera over your shoulder and shooting behind your back.” She shows me image after image, graveyards, colonial manors, homes she has had, even snapshots stolen from family albums. A magenta 70’s sprint of my sister and I at play, flecks hanging in the air above our heads. My aunt in NC, two days before announcing her desire to divorce my drunk, verbally abusive uncle. White circles float in the dark windows behind her. And a shot of ruby, My recently deceased grandmother, outside on a winter’s night. According to Denise, what I see spinning in the air around her is not snow, but a flurry of spirits, a precipitation of souls, falling so thickly that we will have to shovel them from the path come morning.

I could argue but what good could come of troubling her world. Besides, if I were to step out into the snowy evening, I’d know she was right. It’s dark when I walk home. All around are the sounds of the valley, the highway, the trains, dogs barking, movie soundtracks drifting from the windows of darkened houses –the town and hills disembodied. Behind the electric candles in one of those windows I can see Stallone's face repeatedly battered by a boxing glove. An American flag beats against yellow aluminum siding. The faint orbs of Christmas lights are blinking in little clutters along the unlit stretches of the street. 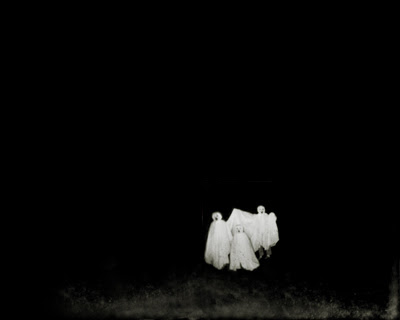