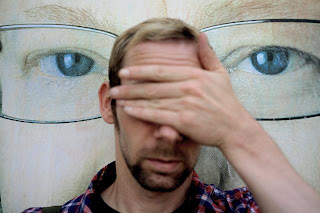 
I'm missing Lisbon already - the winding, tile crusted streets, the gentle light, constant music, cafes with strong coffee and the constant threat of pickpockets. This is a city with both grandeur and grit. In a shady bar I watched a transvestite prostitute for whom any eye contact meant business. Two muscled handsome asked me to take their picture - muscled puffed - necks and faces red. I thought they were macho soccer fans, and they were, except that their legs were twined round each other. There was a hair in my whiskey, a fight over cigarettes at the dispenser, and a woman mopping vomit off the dance floor -forcing lively moves on the listless couple dancing there... In the theaters we saw Africans braving the film grain sand and heat of the Sahara to reach new lives, (Mirages) we saw a Romanian couple in their 8O's gently allowing death, tempered by long love, to enter their lives (Constantine and Elena) and we saw my family loved by strangers. Evenings were spent on a terrace, eating drinking and learning how much great cinema has been denied US viewing because of the cold war scholarship. On our last night we danced to Lisbon pop, ESG and the Clash with filmmakers and festivals volunteers - all I remember is hair and hips and eyes circling round, Cinta's hand in mine, Joana’s sly smile, Marta's boots... A woman's scooped neck linen blouse with golden spangles shaking, a boy's tight ass in white, wine stained jeans, moving across the dance floor. Winning the prize here meant something more than film credentials; it meant we touched the woman and men here who gave us such living glimpse of the place. 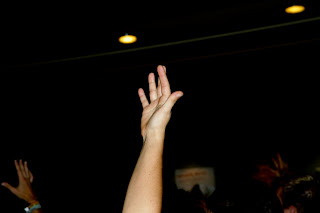 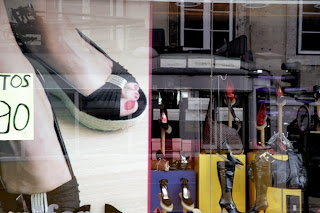 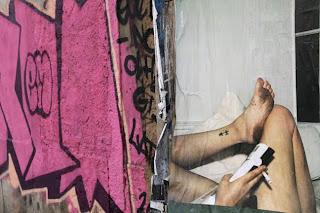 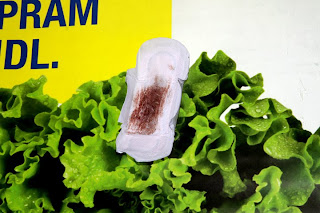 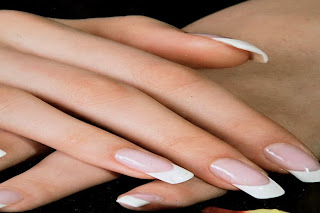 PS. Mike has a great selection of photos here!
http://www.octobercountryfilm.com/stills/doclisboa2009/album/index.html
Posted by donal Mosher at 2:28 AM

Latin european charm and nostalgia at its best...I am very jealous...

Hope to see you in NYC in mid-november...Yours and Michael's work never ceases it seems to deserve my modest praise.