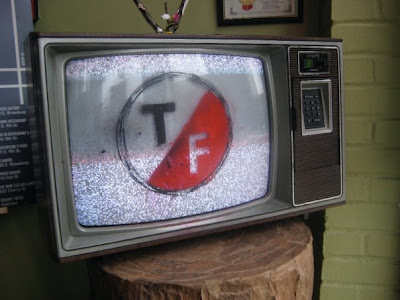 Confessions of a Film Festival Virgin

What a special kind of madness this festival was – arriving in the dead quiet airport – a 2 hour shuttle ride through what should have been Missouri but was only a dark road light by billboards for chain restaurants, chur, and adult bookstores. In town we meet and greet with only our films and a few drinks to open up communication. But it works and works well. The next day we get up, walk the bright and friendly town, go into darkness to watch the horrors and joys of life compressed and flickering, then come out to give praise and talk business. At night, after negotiating the shifting ground of the documentary film world and the flux of emotions brought on by the films themselves, we drink and happily deprive ourselves of sleep. By our last screening I was so raw from everything I’d seen that I could barely speak, let alone speak about our film. Seeing my family’s story among such work and appreciated by such a caliber of people split me right down the middle –it’s crazy to be so happy because your family is so sad. To complicate all this, there in audience were Genevieve and Logan who I haven’t seen 12 years and whose love I thought I’d lost. In the midst of all the loaded images, all the talking of film, there I was, held by Genevieve, warm and strong as ever. Thanks again to Paul Sturtz and David Wilson for an experience beyond anything I’d expected. 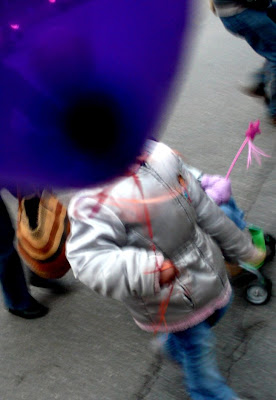 
The Award Goes To…

It’s pointless to give a “best” list since I missed half the films I wanted to see and became pals with most of the filmmakers whose films I did. Instead I’ll give my 1st annual Completely Biased Appreciation Awards to some of the folks I met:

First of all the Tough Love Awards go to Esther Robinson, Debra Zimmerman, Jess Search, Heather Croall,Matt Dentler, Kirby Dick, and Rachel Rosen who took on our film like social workers considering the future an at risk child. Many folks helped but these guys really outlined our probation period. Heather also gets the “Why Am I Hearing Chains In the Room Next Door?” special prize.

Family Ghost Awards go to Rick Minnich and Matt Sweetwood (Forgetting Dad)who are not afraid of confronting emotional ambiguity. Also to Kimberly Reed whose bravery and intelligence are matched only by her elegance. Her Prodigal Sons looks at the complications of memory, identity, family love, and violence with sharp sight and unflinching tenderness.

Teen Spirit Awards go to the Brits – Ingrid Kopp, Nick Abraham (The Posters From the Walls) and Jamie Jay Johnson whose Sounds Like Teen Spirit shows us a Europe whose borders are drawn in glitter –a substance that bridges the gap between heartbreak, victory, and national pride. This film made me sure that my inner child is a 13 year-old girl (not just an immature drag queen.)

The Laugh At A Hopeless Cause Awardd goes to The Yes Men Fix the World. It’s delightful as always to see Andy Bichlbaum in action, shifting his persona from a self effacing Clark Kent to would be Superman. Splashing close behind is John Maringouin and Molly Lynch’s Big River Man – which is also the only film from the 4th dimension I have ever seen.

The Quiet Dignity Prize goes to Jean-Pierre Duret, both for himself and the quiet dignity he reveals in his young subjects. Because We Were Born is without doubt the most beautiful of all the films I saw at the festival.

The “Damn son, How’d You Get So Good!” Award goes to Darius Mardur whose Loot has one of the most powerful moments I have ever seen in a documentary and whose charm and inclusiveness make it apparent at first meeting how he got his astounding story.

The Balance Your Profession With Your Cocktail Glass Award goes to Brian Brooks
For serious engagement with the filmmakers and the parties.

The Best Live Performance In Front of A Camera goes to Kimberly Chew, the newswoman who interviewed us live. Seeming to pull a private TV signal into her body she transformed from a soft spoken woman focused on her lines into a full blown television personality –an impressive and frightening skill. 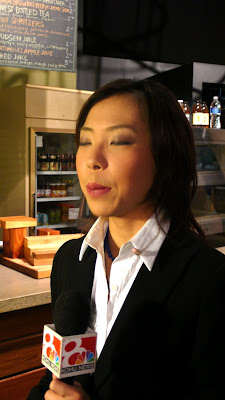 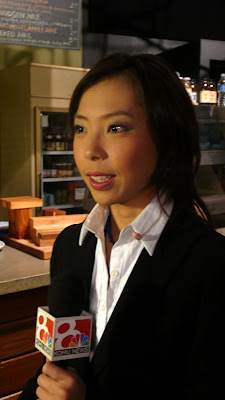 The Dance Floor Award goes to me - an honor bestowed by Jamie Jay Johnson, who has seen Miss Junior Ukraine in action, (and because jumpin’ around to New Order got me hit on.)


Finally the Life Together Award goes to Mike Palmieri, but I’m the lucky one. 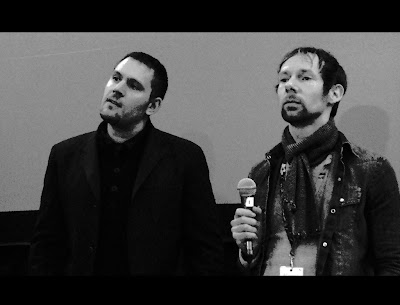